No better way to meet a person than to meet their mind first. – Clay Burell

It’s really interesting to watch a conversation grow. Especially when you take part in it midway; not at the very beginning or the tail end but right smack in the middle of the complicated, swirly marinade of people’s differing perspectives, questions, assertions, speculation, preconceived notions, hopes and dreams. It has been on the table for a while, the discourse on student blogging. From its value, relevance, usefulness and purpose, the idea of using blogging to learn has received varying responses, both encouraging and dismissive. Out there, die hard believers and skeptics alike roam the same pedagogical hallways, crossing paths as they agree to disagree.

Last Sept 11, UWCSEA had the opportunity to create a space for more people to engage in this exciting conversation mano a mano. With a panel of three made up of UWCSEA East’s Jabiz Raisdana, the renowned Clay Burell from Singapore American School and one of his History students, Hayden, a group of teachers, administrators, students and parents sat together in the Kishore Mahbubani Library at the UWCSEA East Campus and continued the conversation I feel lucky enough to have been part of.

The hour and a half long discussion was peppered with personal stories, insights, testimonies, admiration for the great work people are doing to push blogging to learn forward and profound responses to thought provoking, and challenging questions from the audience and #blog2learn tweets. Questions about privacy, purpose, value, authenticity, audience, safety, how and where to begin, assessment and systems were some of the few plaguing people’s minds.

In the end, here’s what most of us took away:

1. People’s blogging journeys usually begin with the pursuit of a “white rabbit.”  It’s a kind of indirect mentoring that takes place organically.  A younger Jabiz followed Clay for years before Jabiz learned to trust his own online voice.  Clay acknowledged Jeff Utecht, who was also in the room that day, as his white rabbit. Many people there looked toward Jabiz and thought or tweeted that he was theirs.  Well, you get the picture.  A lot of people I follow now followed someone else through the rabbit hole and have felt the same admiration, vulnerability, motivation and inspiration. And yes, the ripples are multiplying.  It’s an exciting leap of faith that has lead to amazing things happening.

2. Blogging is writing. And that means differently to different people. To Clay, it’s about rigor and preparing his students for university and the future. For Jabiz, it’s about giving his 15 year old self and other young people the space to feel safe to share what means a lot to them. Either way, it has been about a cultivation of voice, a discovering of self, and expression of ideas and creativity to an audience that’s out there. Victoria, a Gr 8 student from UWCSEA-East couldn’t have said it better in her student blog, “Recently I went to conference called “Blog to Learn”, where experienced bloggers would talk to people about how blogging could make education that much better. The conference was immensely interesting, and I felt that I gained a lot of knowledge about blogging. The most important message that I’ve gotten out of it was that to become a better blogger, you actually have to blog. This means, that you shouldn’t keep stalling or getting paranoid that somebody is a tremendously better blogger than you. Instead, you should be working to your upmost potential and possibly use that as motivation.”

3. Finally, the most amazing thing about blogging is the community building it enables. It doesn’t matter if it’s a class of 22 Grade 7 students reading a post on Sharks, a Middle School teacher in Singapore interested in the students’ blogs of a Robotics class in Bangkok, or a young blogger getting 27 comments from all over after posting this, the idea that people can authentically share, get immediate feedback, build relationships and cultivate conviction will keep that authentic conversation going. Discussions in the classroom will never be the same again. I believe when students find a way to carve a home in the online sphere, they expand and break down the four walls of any classroom.

What about you?  What questions are you asking about blogging to learn?  Where are you finding your answers?  Please, feel free to join the conversation.

To blog or not to blog, that is the question

Blogging is like a giant piece of paper. Imagine. The paper goes on for as far as you can see in all directions, just a plain white sheet of paper. There is only tiny mark on it, right where you are standing. Your name.
In your hand, you realize that you’re holding a paint palette containing paints of every colour of the rainbow, thick and thin brushes, pens and crayons.Then you realize that this paper is yours. All yours. You can draw, paint, write, scribble, colour, decorate and splatter on your paper. You can rip it, stamp on it, stick it, flip it, tear it, poke it, cut it, and scrunch it up. You can get others to judge your paper, support you as you draw, and give you ideas. And the best part is that the paper will never ever run out.

I really enjoy the blogging part of english as I find it my best and most fun way for me to expresses how I feel and what’s going on in my life. I think that all English classes should set up blogs because its just a site. A site that turns in to something immensely amazing and beautiful. But the most important thing about thing about blogs is that it come in an empty space I think. It’s like a sand box. You can build, houses, castle, dungeons, pyramids. You build from your background knowledge, you build from your experiences and you build about yourself that’s why I love blogging. It’s your sand box, let the building begin and so will I! – Kaymin, Gr 7
I love blogging now. I am not even sure if it is related to english. But I am loving it. It is like a journal, where you can share your thoughts, experiences, and ideas. It is a whole new world for me. I think that blogging is going to have a good future for me because later in my life, my teachers, my employers, my kids, will see this. – Dhruv, Gr 7
When I first found out that we were setting up blogs I cringed, I have had really bad experiences with blogging in the past but I realized that if you do it properly blogging isn’t all that bad. I have realized that you can share so many ideas whilst blogging. I have really found that it has helped with my writing, but really we have only scraped the surface of writing and the full extents of blogging. – George, Gr 8
With the introduction of blogs you’re allowed to go to the max and well show off your skills in English but still with some guidelines. With the ability to look at one another’s work you can inspire and share ideas of which could eventually finish the puzzle your work can be. From a good paragraph opener to a good finishing of a story or poem or any sort of English related work we do. As well as the ability of others to look at your work and you to look at others. I am not now just creating work of what seems useless to me besides gaining me a grade level at the end of the year and entertaining my teacher, instead I am creating something of which people around the world can view, family can view, teachers can view and class mates can view. – Blair, Gr 8

About the author: From glory to glory

Welcome to my (not so) secret space. There are no accidents, so thanks for stopping by. I hope the cryptic crumbs make sense somehow. Just know that all of it comes from a place of love. To write is to heal, to forgive is to grow, to be seen is to be loved and to be grateful...ah, that is to be present and alive.

People Who Have Passed By

Am taking pictures and telling stories 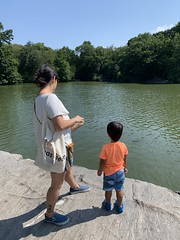 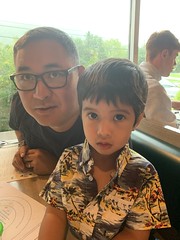 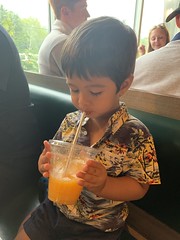 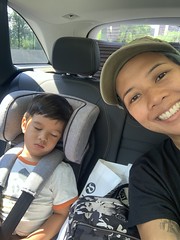 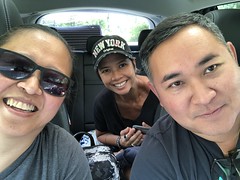 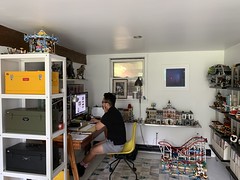 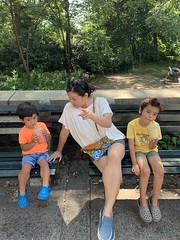 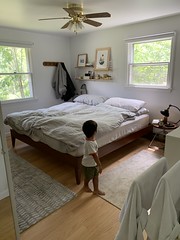 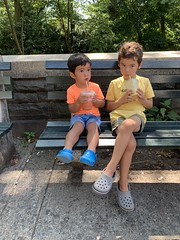 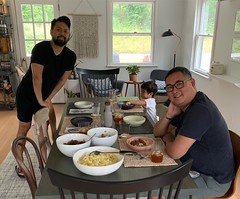 What are you looking for?

Blogging more often one week at a time

What day is it?